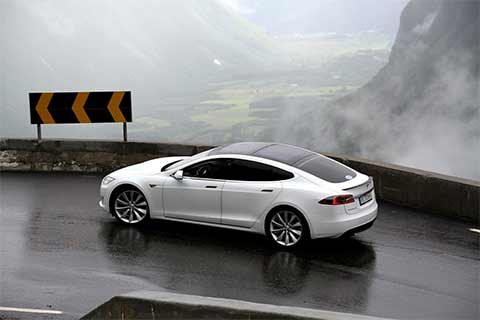 Will self driving cars be the future of travel? This is a question that more and more people are asking themselves. To tackle such a large question we should start by breaking this down into pieces. The past, the current and the future.

The motoring industry has advanced so quickly from 10 years ago. I didn’t even own a car in 2007! I remember seeing adverts on TV that would advertise new cars like the 2007 Ford Mondeo being the pinnacle of all cars within its sector and was marketed to have “Advanced technology” as a main selling point, to which it was for the current time. Car manufacturers have been constantly pushing the boundaries to stick as much tech into cars as much as possible which leads us to the present.

Currently there are many cars that we consider as a technological revolution and soon our children and the next generation will consider this as something that we should have worked out a long time ago. Currently you can find cars that do all sorts of handy tricks for us like parallel parking, staying in lane, night vision, reversing camera and so on but no one had really pushed for autonomous cars until now. Why might this be you ask? I think no one has pushed this boat for a few reasons:

It’s too costly.
It will take too long.
It involves a lot of research.
The majority of people are not asking for it.

Elon Musk has been known to have some fairly outlandish thoughts about what people perceive as possible or correct and so far he has been right on many occasions. One example of this is when he chose to start his own private space exploration company now known as SpaceX. Elon has come close to bankruptcy many times with more than one of his companies where others would have thrown in the towel, Elon has prevailed.

Elon has had an thought that one day all cars will be autonomous, and as he owns a car company he has push forward his vision by implementing all his new cars with the ability to be fully autonomous, the first cars ever have this feature open to the public and that people are currently able to buy but at a costly price.

As more and more car companies implement this feature the cost of the production should decrease making this type of car become more affordable. More and more people will buy cars with full autonomy so the answer to the question “Are self driving cars the future?” is a Yes….but not for long

Why not for long? you may ask. As technology is currently advancing at such a frequent rate, I am not sure how long people will need cars in general or even roads for that matter. Looking at the current transporting industry there are many exciting and upcoming ways to travel distances including the “HyperLoop”, an Elon Musk Creation, and personally I think personal drone transportation. I believe autonomous drone transportation succeed all transportation. If you think about the way a autonomous car learning to get a person from point A to point B, there are many obstacles and dangers around. The route is not straight forwards with windy roads, road closures, bridges etc… and so if you compare that to an autonomous drone route from Point A to Point B, the drone can travel in a straight line to the destination becoming super efficient, fast and safe as you have the whole sky for space.

What about other drone users you may ask? Is there a potential you will crash into someone else? If all cars and drones are autonomous then the accident rate will be close to NIL regardless of the transport type, this is because all cars or drone will be able to talk to each other to reduce the risk of crashing. Autonomous cars will have a higher risk of accidents because they have more dangers that they can’t predict. I am talking about people and natural disasters. Drones on the other hand will have the weather to think about unless they travel above the clouds.

So what are your thoughts? Do you think autonomous drones will succeed autonomous cars?